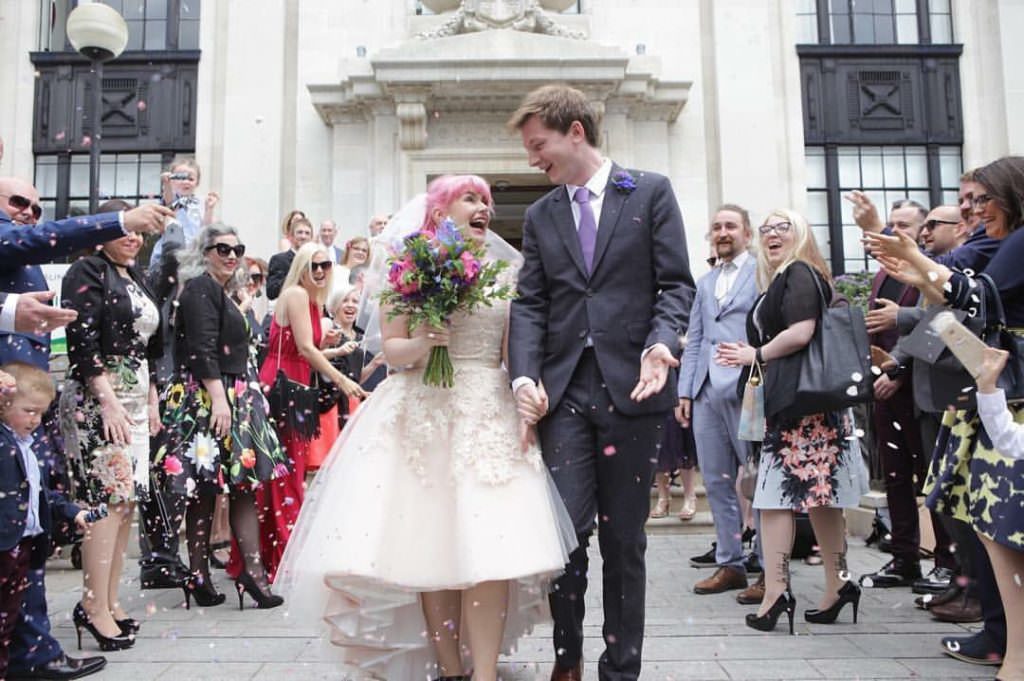 First come tweets, then comes marriage. At least . . . that’s what happened for one adorable newlywed couple. We doubt that Victoria Carlin ever expected that one tweet response to the official account of London bookstore Waterstones would have led to marriage four years later.

#bookfacts While there are now millions of books, the first 150 were obviously the best. No, wait..that’s Pokemon. #pokemonfacts

She called out the person behind the bookstore’s account. And apparently, it was love at first tweet.

well I’m in love with whoever is manning the @WstonesOxfordSt account. Be still my actual beating heart.

When she got a reply, a few more exchanges led to their first date, according to Mashable. Victoria came into the bookstore with doughnuts to meet Jonathan O’Brien in person, and the two went to a bar later. “It was easily the best first date I’ve ever been on (and hopefully the last first date I’ll ever go on). I brought a book of The Wizard of Oz as a present because Victoria had mentioned to me how much she loves the film,” Jonathan told Mashable.

Recently, they got married at Islington Town Hall in London and lived happily ever after – this adorable photo by Luna Photography shows the cute couple post-nuptials.

Talk about a modern fairy tale.

Deciding Which Venue Is Best?

Checkout our Wedding Sites services. We'll take you out to different locations and help you choose the perfect one for your wedding.

Meet your wedding officiants and feel their passion for creating beautiful unions in this spectacular place.

Thinking of renewing your marriage vows? Sedona is the perfect place to recommit to your beloved.

Making a special commitment to your beloved is a sacred union. We will help you create a beautiful ceremony to celebrate your love!

See All Our Packages

All of our packages can be customized to create a unique and perfect day for you.

Spend Some Time In Sedona With Your Loved One

Our Wedding Week Retreat will bring you closer together than ever before in one of the most beautiful places on the planet!

Have a question? Call us 7 days a week.